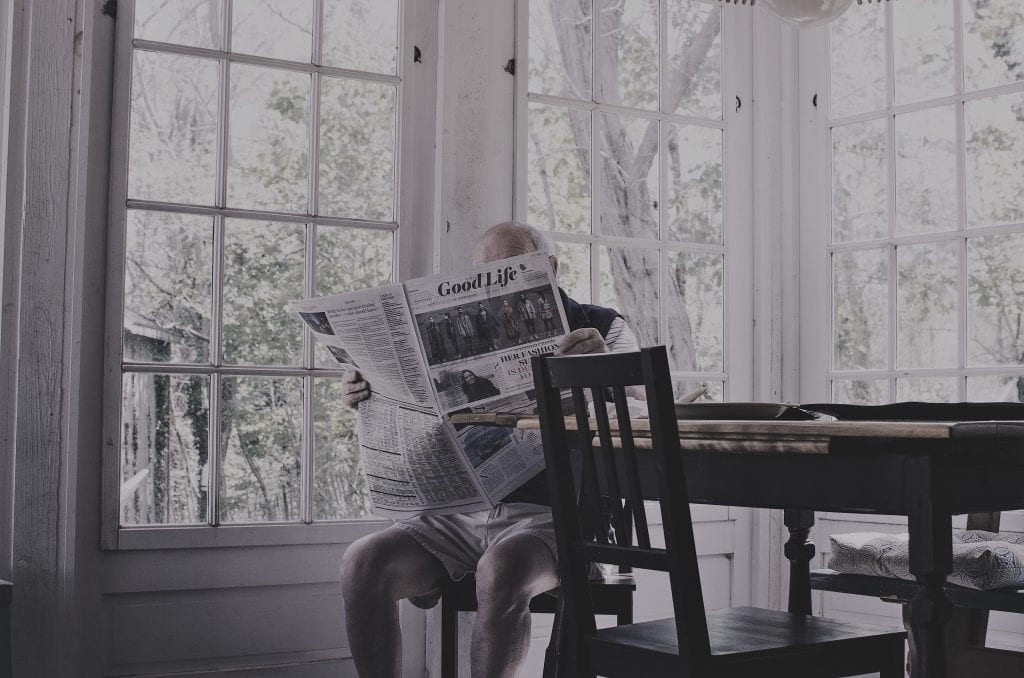 Life insurance has been around a very long time and has not only an amazing history, but also an amazing track record.  No Canadian has ever lost a dollar due to a failed insurance company.

A question we like to ask our clients is simply this.  “If what you believe to be true turned out not to be true, when would you like to know?”  In more recent times people have become a little suspect regarding life insurance as many individuals have stories with less than ideal endings.

Our process is to invite people to hold us accountable to what is true, noble, right, pure, lovely and admirable.  While this may appear a high ideal, what better process can one consider when seeking truth?  It is through this lens we offer a brief historic overview of life insurance to ensure a solid foundation upon which to build a case for individuals and corporations to take responsibility and control of our financial affairs.

Allow us to provide a brief historic account of life insurance for your reference.

A LONG, LONG TIME AGO

1583 ­ William Gybbons, a salter in London ­ salting meats and fish for preservation, held one of the first life insurance contracts ever to be recorded in history. He bought a one year term policy on his life and died within that year. With some controversy over the contract, it was eventually paid out to his beneficiary, Richard Martin. As an example of one of the purest forms of insurance, the same purpose and nature that existed hundreds of years ago is still in existence today. In more recent years however, and despite being considered the bedrock for financial protection, confusion and concern regarding life insurance has resulted in many people misunderstanding and feeling sceptical.

Over the past 200+ years there have been typically two kinds of life insurance available.

Term Insurance:  Term insurance is considered a temporary form of insurance as it is not intended to be maintained for all of life.  Term insurance is the longest standing type of life insurance.  William Gybbons owned a term life policy at the time of his death.

“As with other elements of a competitive market, there is a natural feedback mechanism: if insurers do not pay out legitimate claims, or if they charge premiums far in excess of the actuarial and other administrative expenses, they will be penalized by losing customers to rival firms.” ­

1700 and 1800’s ­ Calculating premium payments and evaluating who to insure became what’s known as an actuarial science.  This actuarial science took into consideration things such as the probability of death, life expectancy, certainty, normal distribution, utility and inference to determine a fair level of premiums for insurance and ensure a sustainable way to pay out claims.

1835 ­ Maintaining full reserves was required after 1835. This meant that the entire cash values within a policy were to be kept within the policy, and were not to be loaned out (unlike the banking system), to ensure the full cash value amount was always available for claim settlement.  This was similar to banks being required to maintain full cash reserves at all times. Accordingly, this made Whole Life insurance policies a legitimate savings vehicle.

1842 ­ Reinsurance for life policies was developed to protect people against the risk of their insurance company going under.

Throughout the course of time, life insurance has continually adapted to better serve the needs of the market… making life insurance a very safe and desirable asset.

Since the very nature of life insurance is to provide financially for loved ones upon the death of insured individuals, life insurance embodies the spirit of thinking long term, and enables the transfer of wealth to future generations.  A unique and often ignored value of Whole Life insurance are the living benefits. Life insurance was used as a primary savings vehicle in the early 20th century because of built in guarantees, liquidity in the form of cash values and the stability that the private insurance sector was built upon.  Given the rise and fall of the financial industry over the past 100 years, life insurance has largely been forgotten or disregarded for the very purpose for which it was created.  Properly structured Whole Life insurance policies provide policy owners with control, liquidity, use and equity.

THE RISE OF THE STOCK MARKET

With the rise of the stock market came higher rates of return on investments with a resulting trend to move away from the more safe and conservative methods of saving, which included Whole Life insurance policies.  Individuals now had access to investing in the markets, with many investor’s being ignorant of the associated risk of financial loss, and even potential for ruin.

1957 ­ RRSP’s were born in Canada, making the stock market more interesting and accessible to those who were not necessarily in a financial position, nor knowledgably enough concerning the volatility of the markets to be investing at the time. *401K plans became available in the USA in the 1980’s, producing the same outcomes in the USA.

1971 ­ The Gold Standard was removed by President Richard Nixon.  This single action on the part of President Nixon positioned the entire global economy for the current volatility, national debt, and inflation that is greatly affecting economies today.

1971 Edgar Benson taxed capital gains for the first time in Canada. Two years later John Turner brought in full indexing of tax-bracket thresholds. Both contributed to a more complex set of rules to the Income Tax Act (the same Canadian Income Tax act that was initially passed as a temporary measure in 1917).

1970’s ­ Insurance companies and pension funds became some of the biggest stock market participants in the world. As full reserve institutions, insurance companies could choose to either invest in the stock market (with higher returns); or make policy loans (with lower returns at the time). It was a double-edged sword ­ in the context of high interest rates in the stock market that were driven by price inflation. People could borrow from their policies at a lower rate and receive higher rates of return in the market. Because of the limited rates on policy loans, many people dissatisfied by the meager growth/poor rates of return within their policies flocked to the stock markets to get in on the higher rates of return being experienced by all types of investors.  At the time, the stock market appeared to offer great upside with seemingly no downside.  Many individuals jumped into the markets with reckless abandon, assuming risks they were ill prepared for.

1979 ­ Out of a report written by the Federal Trade Commission in the U.S. was a statement by Ralph Nader saying, “policies are not sold on the basis of consumer need, but on the basis of industry greed”, giving rise to a new opportunity, seized upon and aggressively marketed by A.L. Williams and brought to Canada.

THE ‘BUY TERM AND INVEST THE DIFFERENCE’ ERA

A.L. Williams became a powerful promoter of the concept, “buy term and invest the difference,” as a means to capitalize on significant returns being realized in the stock markets while still protecting against untimely death.  A.L. Williams believed and promoted the theory that individuals do not require life insurance past a certain point where they become independently wealthy.  Based on this theory, term insurance became a vehicle of choice for many consumers resulting in whole life insurance being presented as a scandalous product, shaking the Whole Life industry to its very core.  With the high rates of return being experienced in the stock market by ordinary citizens, buying term and investing the difference seemingly made great sense, although this was based upon the false assumption that markets would never experience downturns or total collapse.

1980’s ­ Universal Life Insurance came into play in the 1980’s, attempting to make the traditional permanent insurance policy more customer and market friendly. Universal Life Insurance was designed to be a more flexible and transparent form of permanent life insurance.  Universal Life was created not by an insurance company, but rather by the stock brokerage firm E.F. Hutton. Being free from the restraints of a Whole Life policy contract, Universal Life attempted to transform the conservative, stable features of Whole Life into a higher earning side fund (cash value) within the markets.  This cash value side fund was separate from the insurance component, and could be more readily controlled by individual policy owners instead of the company

1982 In Canada, prior to 1982, the investment component of a life insurance policy was not subject to taxation. These rules were amended however, to address many of the favourable tax advantages found within Permanent Life Insurance policies that were attracting wealthy individuals. Existing policies were grandfathered to allow previous rules to apply, but new policies came under the new tax laws.

1986 ­ In the US, the 1986 tax act under the Reagan Administration increased corporate tax, and simplified and lowered marginal tax rates (going from 16 brackets to 2 brackets), eliminating many tax shelters while also increasing the tax rate on capital gains, all to broaden the tax base. Asset values dropped, resulting in a stock market crash referred to as Black Monday which occurred on October 19, 1987. In search of protection for their assets, wealthy individuals began placing their money in Permanent Life Insurance products due to the tax advantages offered within these policies.

1988 ­ The 1986 tax act was amended to address the favourable tax advantages of life insurance in the US. This was similar to the tax rules that changed in Canada in 1982.

If we fast forward 20 years, we can see that many people are still living in the “buy term and invest the difference” era, but the high rates of return realized in the 1980’s are no longer considered a sure thing. The tech bubble of the early 2000’s turned into the housing bubble and crash in 2008.  Complex financial products previously assumed safe, are failing rapidly; and enormous, infallible financial institutions are no more.  The present financial framework is being artificially propped up using debt based strategies in hope that somehow a recession or even a total collapse of the monetary system can be staved off.  Deficit spending by Government intended to stimulate the economy seemingly have no credible plan on how these deficits will be rectified.  Stock markets are volatile.  The Federal Reserve and Central Banks are maintaining very low interest rates in hopes of stimulating consumer spending as a means of avoiding a recession.  Low interest rates have stimulated family spending resulting in a very high, unsustainable consumer debt position should interest rates rise even marginally.

2017 ­ As private, market based institutions, many insurance companies have been successfully operating for over 200 years and continue to maintain strong, stable foundations.  These companies remain largely unscathed by the numerous mishaps within the financial industry.

History is a great teacher! At The Wise Banker, we believe Canadians must assume responsibility for their own financial future. Canadians must get out of the traditional financial structures if they hope to build and transfer wealth in the future. We further believe there is tremendous value in understanding the vital role of a well-structured Whole Life insurance policy can play in building, maintaining and transferring significant wealth.

Now having looked at the fundamental structure of money, banks, and life insurance and its overall impact on our financial potential, allow us to continue with introducing the Infinite Banking Concept® as a viable financial strategy. We will show you exactly why we have chosen to use life insurance as our foundation for building wealth, and how you can finance your life and business using life insurance to build wealth that’s designed to last for generations.